Where Are We Headed with Remote Sales Tax Legislation?

By Jon StilesDecember 28, 2016No Comments 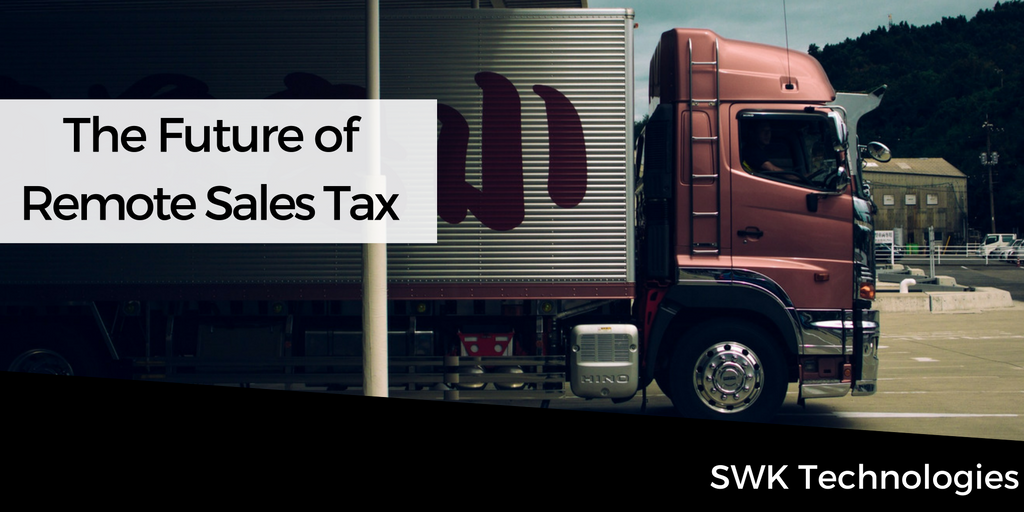 The issue of online sales tax has been largely sidelined by federal lawmakers since 2013. Although three bills relating to remote sales tax were introduced in 2015 — an updated version of the Marketplace Fairness Act (MFA), the Remote Transactions Parity Act, and the Online Sales Simplification Act (in draft form only) — none have as yet gained any traction.

That may change this fall.

In late August, Bob Goodlatte (R-VA), Chairman of the House Judiciary Committee, circulated an updated version of his Online Sales Simplification Act (OSSA). Under OSSA, a state would collect tax only on sales originating in the state, meaning the seller has a physical presence there. Specifically, a state may impose a sales, use or similar tax on a seller, or impose on a seller an obligation to collect such a tax imposed on a purchaser, with respect to remote sale of a product or service only if:

Furthermore, OSSA would require remote sales be taxed at the destination rate, defined as the single statewide rate established by the destination state, which may not be higher than the state’s sales, use or similar tax rate plus the weighted average of any local tax rate. In other words, a seller based in New York City would collect the California single statewide rate on a sale to a consumer located in California.

If the destination state doesn’t participate in the State Tax Clearinghouse (see below), the seller’s origin rate would apply. “Origin rate” is defined as the rate in effect in the location in the origin state in which the remote seller has employed the greatest average number of employees on business days during the preceding calendar year. It includes local taxes. In this case, the New York seller would apply the combined state and local New York City rate to the California consumer’s sale.

THE CREATION OF A STATE TAX CLEARINGHOUSE

Central to the plan proposed in OSSA is establishing a State Tax Clearinghouse, which would collect sales and use tax revenue from state revenue offices and distribute that revenue to participating states. It would also create reporting requirements and audit regulations. Participation in the clearinghouse would not be mandatory, but would be encouraged.

Participating states would agree to:

States participating in the clearinghouse would not be permitted to require a remote seller to pay or collect tax on any sale made to a customer located in any state lacking a general sales tax (Alaska, Delaware, New Hampshire, Montana, and Oregon), provided that state is also a participant in the clearinghouse.

However, remote sellers from non-sales tax states that don’t participate in the clearinghouse must:

WHAT THIS MEANS FOR RETAILERS

The issue of remote sales tax remains a divisive one among federal lawmakers. The 2015 OSSA draft never became a bill, and OSSA 2016 exists in draft form only. Although eBay reportedly expects a vote to occur during the lame duck session this fall, the Wall Street Journal notes, “It isn’t clear yet whether [Goodlatte] would push for a vote in the Judiciary Committee or how much support [OSSA] would get among House Republicans, who are wary of anything that looks like a tax increase.”

OSSA could go the way of the Marketplace Fairness Act and the Remote Transactions Parity Act (thus far, nowhere). Or it could drum up support for the No Regulation without Representation Act of 2016, an anti-remote sales tax bill that was introduced in July.

Yet change in remote sales tax policy doesn’t necessarily depend on federal legislators. Numerous states have enacted affiliate and click-through nexus laws, under which certain remote retailers trigger a sales and use tax obligation through affiliate relationships and/or links on websites owned by state residents. In addition, new economic nexus laws in Alabama and South Dakota are challenging the physical requirement precedent upheld by the 1992 United States Supreme Court decision in Quill Corp. v. North Dakota. Both states are being sued over their policies and both hope to take their cases to Supreme Court, which they hope will overturn Quill and grant states the authority to tax certain remote sales.

Instead of challenging or expanding the definition of nexus, Colorado and Vermont have imposed use tax reporting requirements on remote retailers to attempt to increase use tax compliance. States are entitled to tax revenue from taxable remote sales — when sales tax isn’t collected by a retailer, consumers are supposed to remit use tax to the state. Yet individual use tax compliance is low, and enforcement is difficult. It remains to be seen whether the policies in Colorado and Vermont will be effective.

In short, a majority of states want remote sales tax revenue, and lawmakers will continue to push for it in state capitols and on Capitol Hill. There is no guarantee their efforts will be successful; if they are, what remote sales tax compliance will look like from state to state is unknown.

For a more in-depth look at this topic, download a copy of The Online Sales Tax Showdown, a special report by Internet Retailer with support from Avalara that looks at what federal sales tax legislation could mean for US retailers and other sellers.